The Movies, Then and Now

Going to the movies hasn't been a big part of my life. Not in the years since I was a teenager, anyway. But one of the great things about being a grandparent is that it draws one into a host of experiences which are either new or long forgotten. So it was, today, when I took my 4 year old grandson to see "Where the Wild Things Are". I'm sure I enjoyed it at least as much as he did.

I was probably only four years old myself when I attended my first movie (we called it "the pictures" back then). That movie must have made quite an impression on me at the time, because I still remember that it was an animated film called "Dumbo". The technological advances in movie-making between Dumbo and Wild Things must be at least as great as those in telecommunications between the manual exchange party line and Skype. Not to mention the comfort of sitting in a modern cinema compared to the hard wooden forms in my hometown's community hall!

A few things I did miss today, though: God Save the King at the start (everybody must stand!), Movietone News, and dashing across the street to the shop for an ice-cream at half time!
Posted by Anonymous at 23:16 No comments: 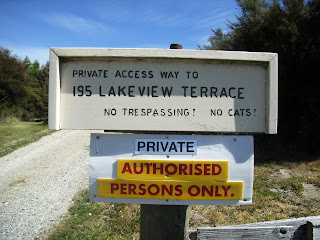 Posted by Anonymous at 21:57 No comments:

Every year at this time, a favourite topic of conversation is the weather. Well, in this part of the world it's a favourite topic at all times of year really. But every year as Christmas approaches, southern folk bemoan the fact that summer hasn't yet arrived. "Oh, well," I say, "we never get much summer weather until January or February."
"Oh, but it's never been this bad before!" is the response, every year.

Yes, it is frustrating waiting for the warm weather to arrive, especially if one is into gardening. But we should be used to it by now.
Posted by Anonymous at 18:30 3 comments:

A Question of Numbers

A spokesman for a syndicate of indigenous New Zealanders attempting to purchase large amounts of farmland in the southern part of the country was quoted in the weekend press as saying that the group had a genealogical connection, dating back to biblical times, to their Middle Eastern financiers.

If this seems incredible, go back further still. In 1009AD, the child of 2009 can reasonably claim to have had almost 1.6 billion living ancestors. The problem is, the total world population in 1000AD is estimated to have been only 275 million! The only possible answer to this anomaly is that there is a great deal of intermarriage in our ancestry and that each of us has the same people appearing repeatedly in our ancestral lines. But, all that apart, it certainly puts into perspective any claim of genealogical links going back to biblical times, which were twice as long ago! 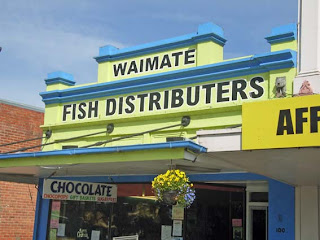 Reality Check for a Gardener

I turned a cubic metre of compost today. In other words I forked it from one container to another, the purpose being to aerate it, as brown matter (carbon), green matter (nitrogen), water and air are said to be the essential ingredients in compost making. Don't ask me why - it just says so in the books, and the answer would bore me witless, anyway. The compost was but a week old. I had carefully laid down alternate tiers of dry, brown vegetation and green, sappy lawn clippings mixed with kitchen waste and weeds just seven days previously. I've done this a hundred times before and it has always seemed quite an exhausting chore. But this time, I got to thinking about the miraculous transformation that had take place in the short space of one week. No longer recognisable were the potato peelings, orange skins, paper towels or any of the other items in the kitchen waste. No longer identifiable were the lawn clippings, leaves or weeds. Where there had been no worms seven days ago there were now hundreds - possibly thousands - and yet in those few short days the heap had risen to, and cooled from a temperature at which no earthworm could survive. I've no idea how many millions of microorganisms worked every minute of every day to achieve this miracle of nature, or how many more will beaver away their entire lives in my heap before I have a bin of rich, friable compost to spread on my garden. But as I wandered off indoors to take a rest with a cool drink while watching cricket match on the 42" plasma, I somehow felt like a lazy slob.
Posted by Anonymous at 20:49 No comments: