On Friday night there was a boxing event in Melbourne, Australia, which had been heavily promoted as a "pay to view" programme by Sky Channel in New Zealand. In one corner was Shane Cameron, a New Zealand heavyweight of some note, apparently, in boxing circles. In the other corner was one John Hopoate, a former ARL rugby league player-come-boxer who is best known in Australasian sporting circles for his suspension-earning practice of inserting his finger up (rugby league) opponents' bums. Following all the promotional brouhaha, it was reasonable to assume there would have been, at the very least, a report in the sports pages of the daily newspaper on Saturday. But nope, not a mention. Googling revealed a very short report  on a sports website, to the effect that Hopoate had been disqualified in the second round. No, not for digital penetration, but for "continual holding". For the benefit of those who, like the writer, are uninitiated in pugilistic matters, I take it this means hugging one's opponent in order that he cannot punch. If that's the case I don't blame him. I would do the same. My point is not the boxer's tactics or the result of the fight, but the complete failure of Sky Channel's attempts to generate public interest in what the newspapers seem to confirm, by their lack of reporting, as being a non-event. Which affirms my contention that media promotion sets out to create news, rather than report it. In this instance, Sky Channel's efforts failed miserably, which suggests that in some cases at least, the public are not as gullible as media folk think.
Posted by Bricky at 12:26 6 comments:

What do Harvey Norman and South Westland have in common?

South Westland, despite being one of the world's most beautiful wilderness areas, is also one of the most remote regions of New Zealand. 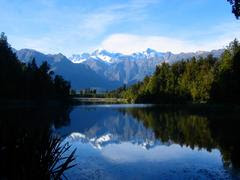 So it's very unlikely that Harvey Norman will be opening a store there any time soon. Yet, today I discovered that Harvey Norman and South Westland have something in common: sandflies.
South Westland has swarms of the winged variety at certain times of the year. So much so that if you leave the safety of your vehicle without first slapping litres of insect repellent all over the exposed regions of your body, you're likely to resemble a baboon's backside the next day and be off work with an insatiable itch for the following week or two.
Today, I was a long way from South Westland, but I did visit a Harvey Norman store. A bad move on a Monday afternoon, which I suppose is just about the quietest time of the week for them. Therefore, swarms of hungry salepeople were descending on each hapless potential customer. I was there for eight minutes. I was approached by twelve different salespeople.
I prefer South Westland, where at least you can try to swat the sandflies away. In either instance, you can run for the safety of your car, which is exactly what I did at Harvey Norman.
Posted by Bricky at 19:38 No comments:

In the 1950s and 60s, my family owned a truck by the same maker and of the same vintage as the 1937 Chevrolet car on the left. It was our only vehicle, serving as the workhorse for a small rural business and as the family car. It was old and it wasn't worth much, but in those times it was the best that my family could afford. 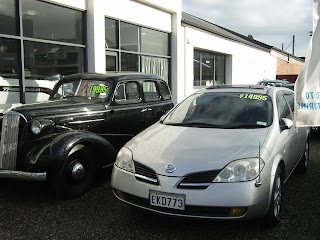 The price tag on this car (photographed just a few months ago) is almost $20,000. That would have been ten thousand pounds in the fifties and early sixties, and it was a sum of money that most people could only dream about. You could retire in luxury for that much money, or buy four or five houses. Who would have thought that when an old '37 Chevy became even older, it would be worth a fortune? Or that one day you could trade it in on a sparkling modern car and get enough change to go on a world tour?
Posted by Bricky at 10:36 No comments:

Ahead of its Time?

My good friend Ed in The Land of the Free sent me this link to a video filmed 84 years ago of an invention which I should have thought would have been a real winner in its day and might even be useful today. 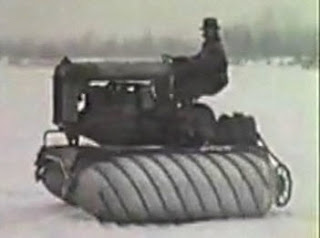 It is reported as being invented and demonstrated in the video by none other than Henry Ford, so one would think that its failure to kick on was due to factors other than lack of marketing know-how or financial backing. Perhaps it was ahead of its time?
Posted by Bricky at 18:09 No comments:

New Zealand has been on tsunami-alert for the last 24 hours. There were some unusual tidal patterns during that time, but nothing to cause any damage or panic. I should think it served as a good test run for the Civil Defence organisation, which seemed to perform efficiently in monitoring the situation, disseminating information and giving appropriate warnings to the public.

New Zealand has a very long coastline, a half of it east-facing with no land barriers between it and the west coast of South America. The public here are well informed about the risk of tsunami following earthquakes in (or off) South America. Yet, incredibly, there were still those who ignored yesterday's warnings and blithely continued with their Sunday beach-walking, surfing and swimming. One fellow facing a television camera was asked why he was there. "Just having a look at what's going on. If anything happens, I'll run like hell!" he said, then laughed maniacally. Then there was the blonde bimbo in a bikini. "Well, there's so many warnings, y'know, an' nothin' ever happens, does it?" So many warnings? Well, in 60-odd years, I don't recall more than perhaps three or four tsunami warnings.

A couple of worrying things occur to me. First, how many more lame-brains are going to ignore warnings next time, knowing that no life-threatening tidal event eventuated on this occasion? Second, what sort of a message is being delivered by television crews on the beaches, themselves disregarding Civil Defence warnings for no other reason than to film non-essential interviews?
Posted by Bricky at 09:57 No comments: