A Captain, a King and a Tale of Two Cities 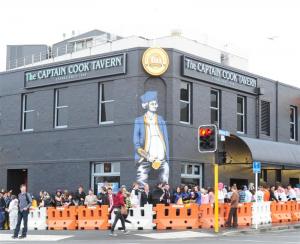 Dunedin's Anna Chinn has likely never darkened the Captain Cook Tavern's doorway, unlike countless thousands of her University of Otago alumni over several generations, many of whom have fonder and more vivid memories of "The Cook" than they have of the university library or the Castle Lecture Theatres. Their eagerness to indulge in the fermented and spirituous nectars available therein as they approached the venerable institution would easily have outranked any desire to admire the views to the north, or indeed the south, along Great King Street. 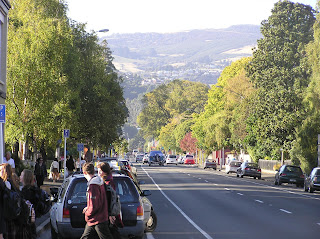 ﻿
If they didn't see a reason to turn their gaze from the pub door to the magnificent tree-lined Dunedin streetscape with its Mount Cargill backdrop, it's hardly likely they puzzled, as I did today, over the origin of the street's name. Were the city fathers of the day honouring a revered king? Dunedin was settled by Scots in the late 1840s, when Victoria was already 10 years into her reign, so there was no king at the time. When her son succeeded her on the throne in 1901 as King Edward the Seventh, Great King Street would have been named long since. Could it have been named Great King Street to differentiate it from a now long forgotten Little King Street? And then, the penny dropped. Of course. Great King Street, Dunedin was named after its Edinburgh counterpart, like so many other Dunedin streets: George Street, Princes Street, Cumberland Street, Moray Place and Rattray Street to name but a few. Edinburgh's Great King Street was presumably named in honour of Scotland's revered King James the Sixth (James the First of England). Puzzle solved.
Posted by Bricky at 20:45