One of the more curious moves by New Zealand's National-led government has been the reintroduction of titular honours, announced by prime minister John Key very soon after taking office in 2008. The previous Labour government had replaced those honours carrying the titles "Sir" and "Dame" with uniquely New Zealand awards carrying no less recognition but without the titles. Knighthoods had long been abolished by most, if not all, British Commonwealth countries some years before, so a move back in time to a tradition all but forgotten pretty much everywhere except Great Britain seemed a very strange thing to do, especially as it hadn't been an election issue and indeed to my knowledge hadn't even been a part of National Party policy prior to that election. There wasn't a huge outcry when the announcement was made - after all, the Nats had just been elected in a landslide and the solid majority who voted them in were starry-eyed and hardly likely to remonstrate. 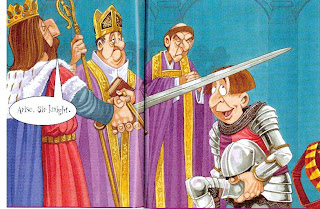 Three and a half years hence the twice yearly announcements that further small groups of people, some of whom have done nothing more than rise to positions of prominence in their respective professions, are to be addressed as "Sir Charles" or "Dame Constance" seem to have become accepted as a part of life in New Zealand. In each group so honoured, there seems to be at least one man, one woman and one person of Maori descent. I wonder why that is?

In the last three years there has been a great deal written and said about the widening gap between rich and poor in this country. Of course, there is no rule requiring knighthoods to be bestowed only upon the wealthy but it is reasonable to presume that posties on beats in Cannon's Creek and Otara won't be delivering many offers of such titles any time soon. Which brings me to the point of this ramble: rightly or wrongly, the public perceives knighthoods to be the preserve of the rich and famous, so why would the government do something completely unnecessary to feed the notion of the widening gap they claim doesn't exist?

Footnote: the wife of Sir Theodore Hucklebuck is entitled to call herself Lady Hucklebuck. What entitlement does the husband of Dame Felicity Marychurch have? And what will be the entitlement of the legal Civil Union partner of NZ's first openly gay knight or dame?
Posted by Bricky at 15:02